How Trump abused the presidency to make hundreds of millions

You disliked this video. Thanks for the feedback!

Added 1 week ago by
3 Views
https://www.facebook.com/historysite/

When Donald Trump ran for president he promised that he would “drain the swamp” in Washington, D.C. In power he did the very opposite, using the presidency as one big PR and marketing campaign for his business with frequent visits to his hotels and golf courses and constant name dropping of those business to ensure that those who wanted his favours would know where to spend their money. Trump thus deserves to be termed the most corrupt president in US history, putting his own interests ahead of those of the United States at the same time as peddling influence to the detriment to competing private businesses.

According to watchdog Citizens for Responsibility and Ethics in Washington there are more than 3,700 conflicts of interest that it has observed but the watchdog notes that ‘there are likely hundreds, perhaps even thousands more conflicts’ that they know nothing about.

Jimmy Carter famously divested himself of his peanut farm before taking over the presidency in 1976. President Trump promised he would have no involvement with his businesses as president. Within days of becoming president he went to Mar-a-Lago bringing with him the ambassadors of Switzerland, Hungary, Afghanistan, Italy, Denmark, Peru, Colombia, and Sweden with him. Their stays were no doubt financed by the tax payers of their respective countries. Throughout the next four years this was the norm. The Washington Post reported that foreign government officials make a point to patronize Trump’s properties since it shows “a close bond with the United States.”
The same could be said of his business interests in various countries which he continued to pursue from the White House in such places as Indonesia, Turkey and Brazil.

Trump strongly criticised President Obama for golfing, he said that if he were president that he wouldn’t have time to leave the White House or play golf. In his four years in power, President Trump visited his properties 547 times, paying 145 visits to Mar-a-Lago, 328 visits to his golf courses, and 33 visits to the Trump hotel in Washington. He often brought other senior government officials along and of course the secret service came with him all for the benefit of the bottom line in those businesses. He visited golf courses not owned by himself only three times.

Special interest groups likely spent over USD13m at Trump properties according to citizens for responsibility and ethics in Washington. According to the watchdog, President Trump’s visits to his properties also sent a message to Republicans in Congress that paying their own visits to Trump properties was a way to ingratiate themselves with his administration. 143 members of Congress made 361 visits to Trump businesses. Senator Lindsey Graham made 28 visits, once more all at the tax payers expense.

During the Trump presidency, special interest groups, foreign governments, and political groups together held more than 250 events at 14 Trump properties, likely resulting in tens of millions of dollars of revenue for the Trump Organization. As decision makers from business and government would hang out in the same places knowing that others like them would be there, and most importantly off all President Trump could be accessed. Big parties and meeting were held at Trump properties which probably made eight figure sums for the Trump Organization. When changes in policy, or government purchases could be influenced, contracts purchased which could be worth billions, then a few million here and there is peanuts. This was a political lobbyists dream.

Once more according to research by Citizens for responsibility and ethics in Washington, 30 special interests received favorable policy outcomes from the Trump Administration following an event at a Trump property.

Trump was not averse to taking money from his supporters. Big funding raising events were held at his properties with the income earned going not into his own political campaign but into the pocket of the Trump Organization. Political groups spent $11.8 million at Trump properties during Trump’s term, including more than $3 million at Trump’s DC hotel, $1.8 million at his Doral resort, and nearly half a million dollars at Mar-a-Lago.

How Trump abused the presidency to make hundreds of millions 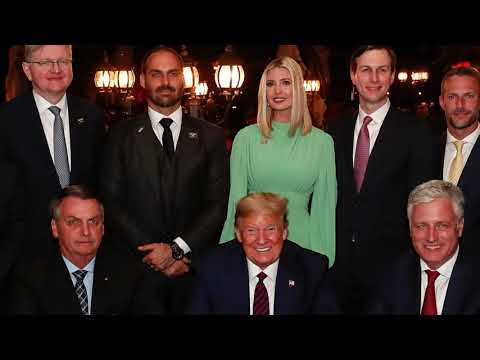